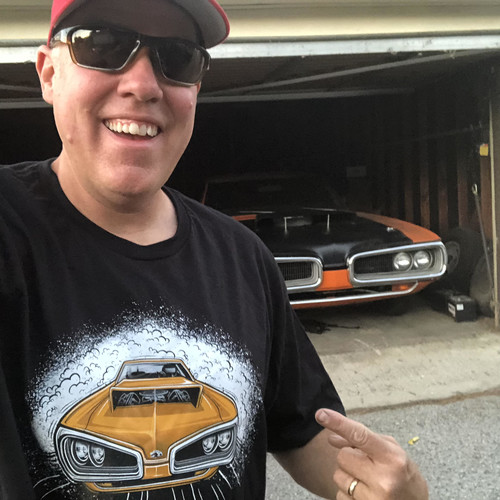 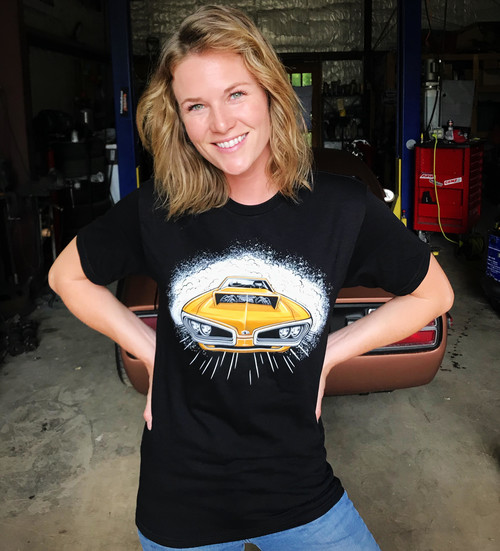 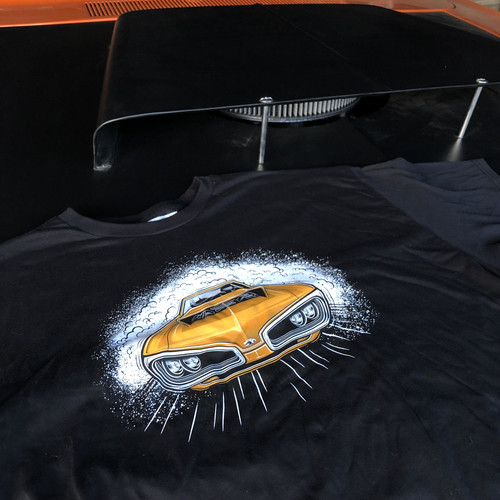 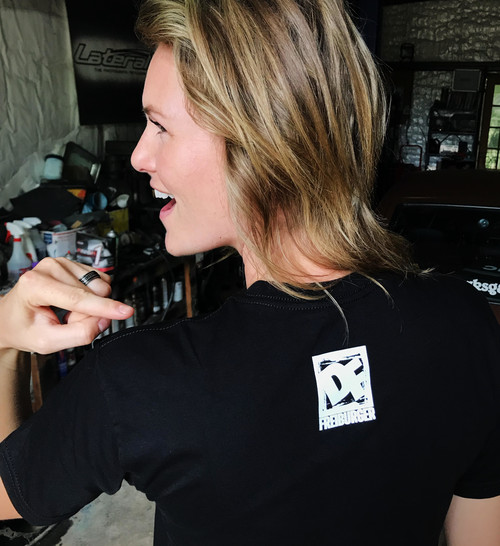 Shipping Info ▾ Size & Product Details ▾
$2 for each item +
per order
An "order" can have multiple items.
Currency is in USD.
We ship to all APO and FPO military addresses.
35th Anniversary Rumble Bee T-Shirt

I've owned 166 cars so far, but only my 1970 Dodge Super Bee could be chosen for my very first T-shirt available to the public. Why? Because it was my first car way back in 1983, and today this t-shirt celebrates my 35th year with the project known as the Rumble Bee. The shirt features art by Rob Martin, who created the design upon the 25th anniversary with the Bee. His cartoon of a violent, Hemi-powered burnout was seen on only a few T-shirts given to friends ten years ago, but now one of them can be yours. These soft, black Ts feature the brilliant Go Mango Mopar in action on the front with a Freiburger moniker at the rear neckline, so you know it's authentic.

When people ask about your new Rumble Bee shirt, tell them you know the owner!

And give them specs: the Bee is a factory 383 car that’s now powered by a 484ci Hemi built in 1995 by famed Mopar race shop Dick Landy Industries using among the very first reproduction Hemi block and head castings. In recent years I've tamed down the cam and the gearing and added a Gear Vendors overdrive so the Bee could be driven anywhere on the highway, but it still runs 11.40s on motor at the drag strip and jumps into the low 10s on a small nitrous shot.

The Rumble Bee is one of the most well-known Mopar street machines on Earth; wear it with pride!