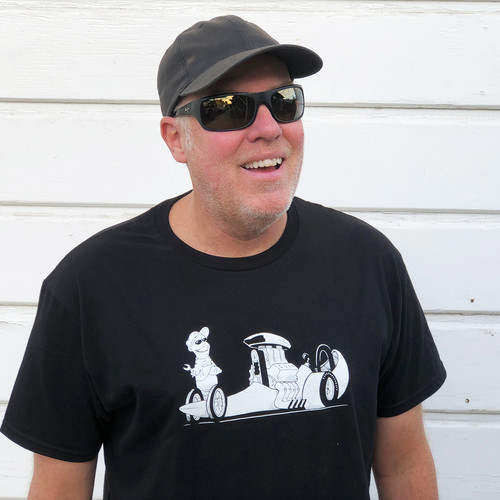 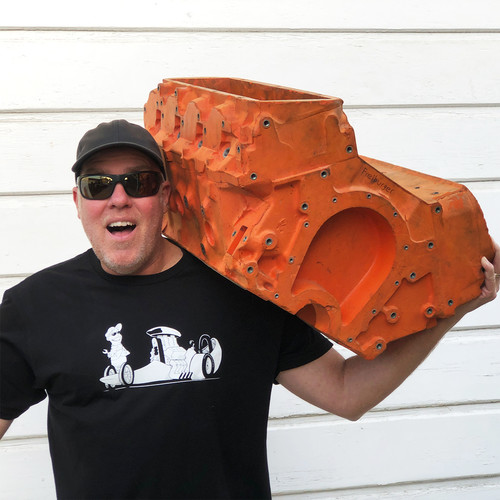 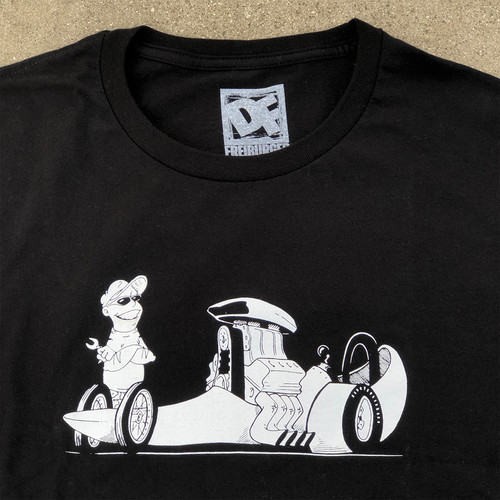 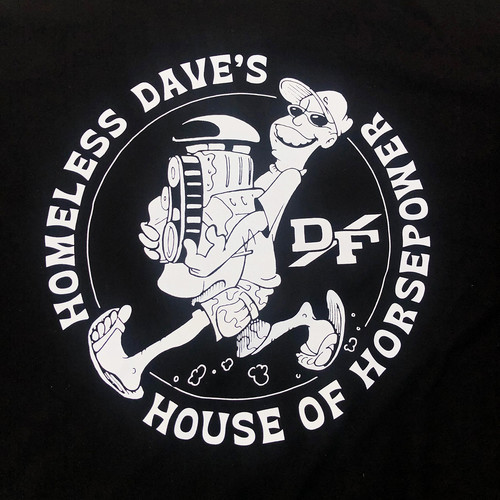 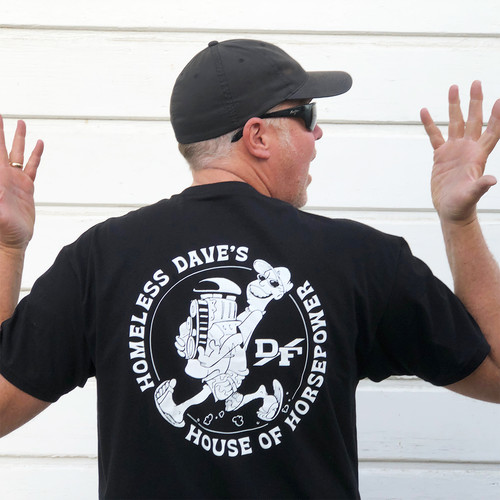 Shipping Info ▾ Size & Product Details ▾
$2 for each item +
per order
An "order" can have multiple items.
Currency is in USD.
We ship to all APO and FPO military addresses.
Homeless Dave T-Shirt

This t-shirt design came together differently than any I’ve done before. First, you know that Mike Finnegan long ago tagged me as “Homeless Dave,” because I don’t exactly GQ up for gearhead road trips. Second, @stc_doodles (on Instagram) randomly sketched a cartoon of me holding an engine, and I asked him to make it wilder with an even bigger blown Hemi. I posted that doodle, and one follower ended up getting a tattoo of it! Third, when Tony Angelo saw it, he texted me “Homeless Dave’s House of Horsepower.” Ha! Perfect. I added an @stc_doodles cartoon of me with a front-engine dragster up front, then made a few shirts even though I never really planned to sell them. I wore them in a few episodes, people started asking me about them, and Finnegan said he thought it was my best shirt ever.

So, here ya go, the official shirt for Homeless Dave’s House of Horsepower! These are all black with white writing, with the small dragster front and center and the large design on the back. The shirts are soft, 100% cotton and are made in the USA.