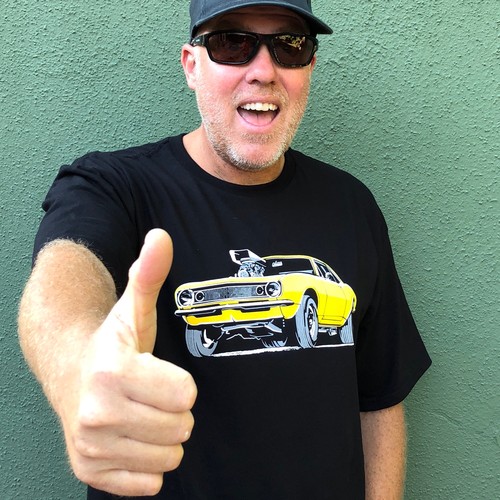 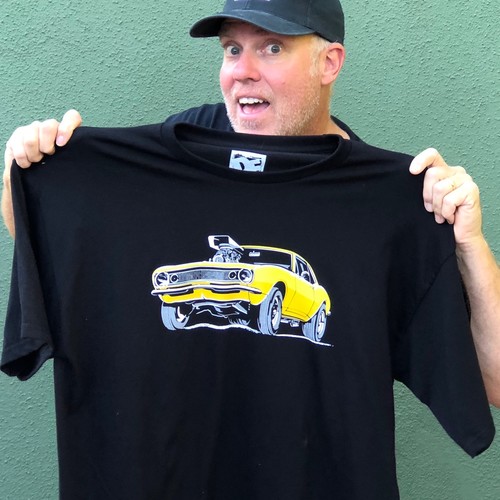 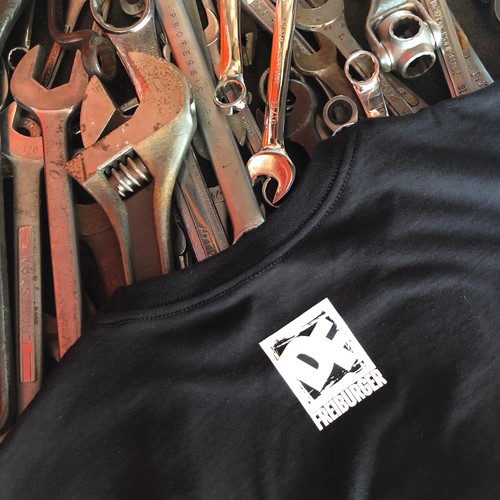 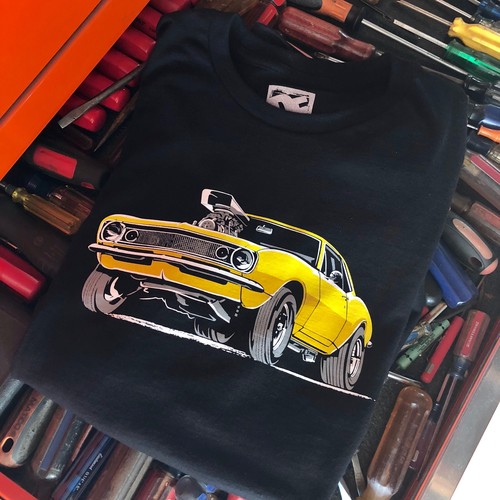 Shipping Info ▾ Size & Product Details ▾
$2 for each item +
per order
An "order" can have multiple items.
Currency is in USD.
We ship to all APO and FPO military addresses.
The Blown Big-Block Crusher Camaro Tee

The Crusher Camaro is a 1967 model that I bought in 1994 for $700 out of a line at a junkyard where it was about to be turned in to a petroleum company to be crushed for government pollution credits. That’s why it’s called the Crusher! The car has been a magazine and video project car for almost 25 years, and is among the world’s most recognized Camaros. It originally came with an inline six, but has since had a 406ci small-block, an aluminum 632 big-block, a 383 small-block, a supercharged 489 big-block, a tunnel-ram LS7, a supercharged LS3, and currently a tunnel-ram 400 small-block.

You counting? That’s eight engines so far. The most popular engine and car design for most people was when the Crusher looked like a street machine from 1979 with its towering scoop on the Weiand 8-71 blower boosting a big-block Chevy. So, for the Crusher’s first shirt design, that’s the look I went with. Don’t you dig it?

This soft, all-cotton, black t-shirt features the Crusher up front and a small DF logo at the rear neckline. And don’t worry, the car art is not one of those gross, super-thick and rubbery prints that makes you sweat. Nope, this one is perfectly comfy.

Pick up a shirt today and then stay tuned to see what’s next for the Crusher Camaro!