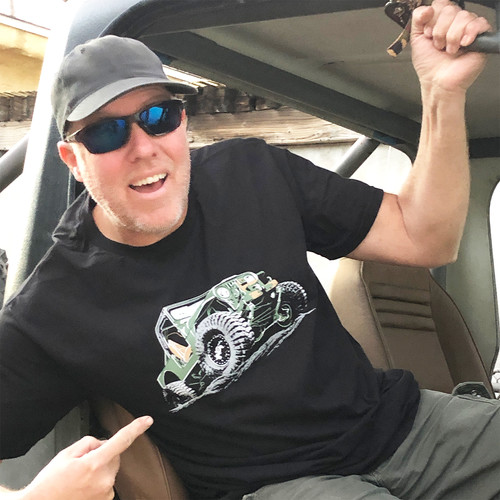 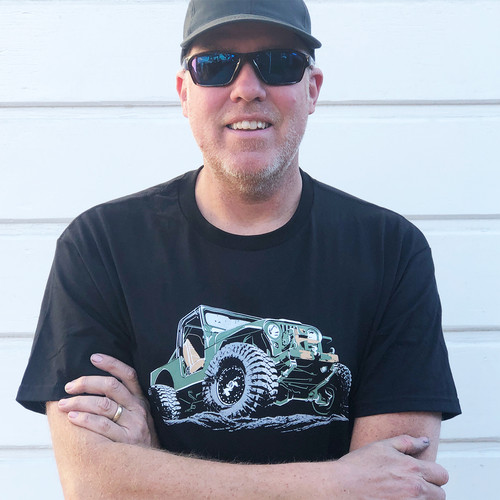 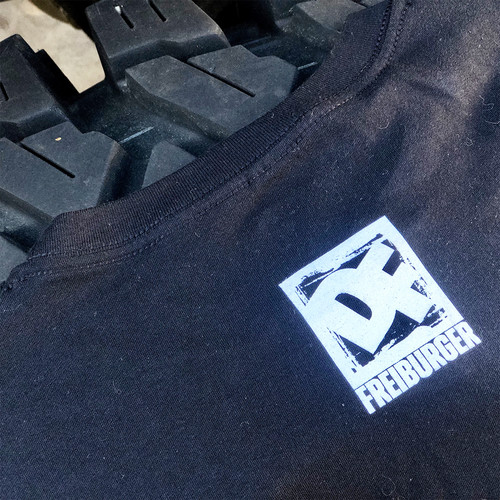 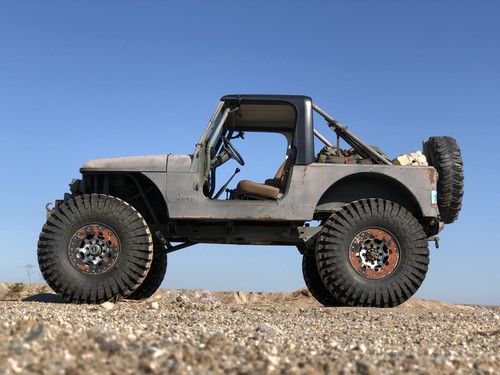 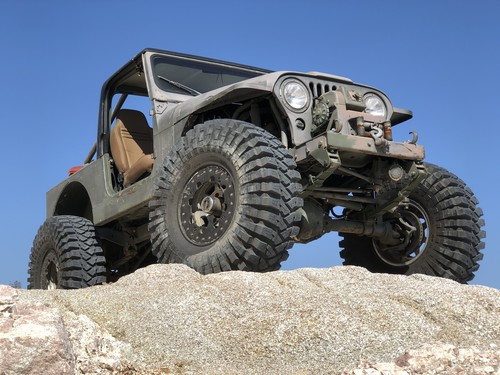 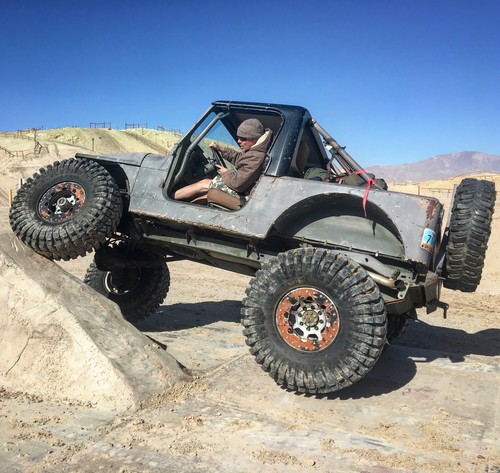 Shipping Info ▾ Size & Product Details ▾
$2 for each item +
per order
An "order" can have multiple items.
Currency is in USD.
We ship to all APO and FPO military addresses.
The DF Jeep

You know I’m a huge Jeep fan, but did you know that my Scrambler on 42s was my first Jeep? Before that I had a Land Cruiser FJ-40 and then an early Bronco, but in 1994 when I was the editor of 4-Wheel & Off-Road magazine I bought this CJ-8 as a bone stocker with a four banger. I first modified it with a spring-under suspension and Currie 9-inch axles on 35-inch tires.

Later, I bobbed the rear overhang, installed a shorter M38A1 military front clip, and had my friend Pat Helgeson fabricate a complete tummy tuck and spring-over. This became well known as the CJ8A1, and back in the mid ‘90s, the 60-inch-wide axles, 42-inch Swampers, and the bobbed body were high-tech stuff! The powertrain includes a super weak Chevy 350 crate engine, NV4500 trans, Atlas transfer case, and Dana 60 axles with Air Lockers and 7.17 gears.

These days, my CJ8A1 has been around so long that it’s almost retro, but it’s still wheeling with no changes other than the 42-inch Trepadors. I’ve been flattered by how many people recall the Jeep from back in the day, so here’s a 25th anniversary tee to celebrate! I hope you wear it out in the dirt and rocks where it belongs!